Everyone deserves a second chance.

Second Chances are often a source of conflict and disdain in the teaching world  between students and staff or internally between the groups- Why should we give the kids another chance? Shouldn't they have learnt their lesson the first time ??


I have a few reasons why you should give kids and young adults second chances.

One is a physiological reason -

Teenagers brains are just not wired to work to make rational decisions all the time - this is something that is learnt - in fact the brain wont be finished developing until the age of 25.  Adults and teenagers use different parts of their brains to assess situations, make decisions and act -

Have you ever thought "what was he/she thinking????? Why did they do that?"  - Well lets just say the kid doesn't know either.

The connections that are made  between different parts of the adult brain that let us be rational ( sometimes!)  and direct  adult decision making are still being forged in teenagers.

Yup so it really isn't their fault. 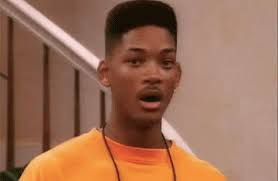 So sometimes when they tell you  - they don't know why they did something - its probably true. The teen was probably experiencing emotional input overload -  they weren't thinking - they were feeling the emotions and acting from them.

Knowing this - how can you not give the teen the second chance?


Two is the emotional reason


Giving a  second chance is a sign of forgiveness and forgiveness is an essential part of human relationships. (Hanke & Vauclair, 2016).

If the child student doesn't feel supported or that they can take emotional or educational risk then I don't think that there will be growth or a nurturing of a relationship.   Kids need to know that should they make a mistake then there are ways forward -    So giving a second chance  is recognizing that students have made a mistake and we  will learn from it and move onto a new way of doing things through communication.

Saying this....the mistake could lead to a consequence that the student doesn't naturally like or it could build relationships.

- My school is using restorative practice and implementing more and more consequences that are meaningful and I am so for this -    So when kids make mistakes and they do --- that is why we love them, they are forgiven and given a second chance, a third chance or however many is needed in my classroom.

This doesn't negate the need for consequences   rather,

-the consequences are meaningful to the kids.


Practical ways I do this in my classroom:

I find the kids currency and work with it in my classroom.

What is a currency?

To use a crude example -
take my Dog buddy :) - here he is in his younger days -
He will not go outside, ever! once he is in the house, he is in. Under the table, under the kids beds ripping up the kids toys!!! 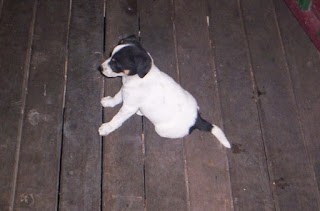 but HEY HEY HEY - break out the Cheese   or
say  Cheese
and that dog will do a triple front sault and shake your hand all in one go!  He is outside before you say "OUT Buddy".  His currency is Cheese - I can get him to do anything for that cheese -

I will give kids as many chances as they need but I rarely need more that one  - because I work out their currency even before they have made  the mistake -  it will be different for each kid.

and that is what I work with them on -


They know they come back with a clean slate, that I don't hold grudges and we move forward instead of backwards in my class - you can lose anything you have earnt, but it could take a little longer than others - I'm talking the R word here RESPECT.

Students will always tell you if they are treated differently by different teachers - they know who is consistent and who is unfair and they know who cares and who doesn't? If you didn't know this just ask them, they will tell you, I am sure of that. So it is really important to let the kids in your class know how you work -

be consistent and also be transparent.


Equity and Equality  are terms the kids in my class groan at!  but I also make sure the kids know what this means - I do it at home too - age appropriate equitable treatment of students is essential and that means second chances.
There are a load of images that explain this concept - I found this sciencey one  & then another  & there are soo many more. have a look for yourself. 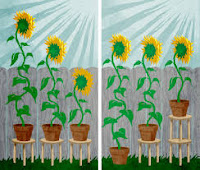 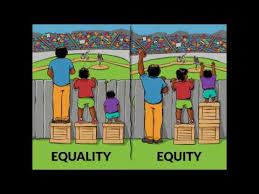 What is fair for one is not for all - getting your students to understand this helps when giving that kid  the second chance that they need to succeed.